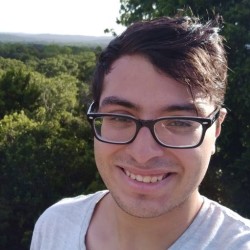 Tutorial: Choosing the right fonts to show Cree syllabics on your website 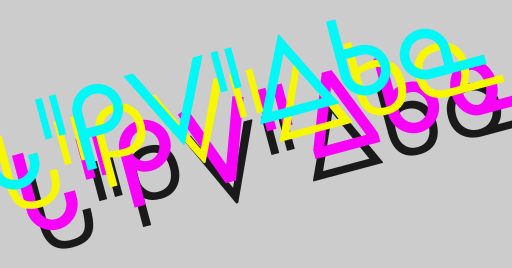 tl;dr: Use this font-family CSS declaration to successfully display Western Cree syllabics for most visitors to your website:

Include the following line to your website’s <head> to automatically download a syllabics font if no appropriate fonts are installed on your smartphone/computer/device:

Read the rest of this article to learn more about choosing syllabics fonts for the web!

You will need to know how to:

It’s also helpful to know the difference between serif and sans-serif fonts.

Have you ever wanted to display Cree syllabics on your website, but when you tried, all you got were these blank boxes, colloquially called tofu?

Tofu no longer! Let’s discuss the various syllabics fonts that exist out there, where they are commonly found, and let’s create a font stack: a list of fonts that your web browser tries in order such that it finds a font that displays syllabics correctly.

Note: I am most familiar with Western Cree Syllabics (Y-dialect, Th-dialect, N-dialect). However most of these fonts might work for other languages. Note that some fonts in this post do not contain all syllabics characters for all languages that use syllabics, and there's even some incorrect characters in one font! 😱 So even though this is the stack I guarantee to work for Western Cree, for other languages, your mileage may vary.

I will discuss the following fonts:

There are many more syllabics fonts out there, but in this post, I want to focus on just enough for you to make syllabics work on websites.

I made an interactive demonstration of these fonts that you can play with. Go ahead and type any text in Western Cree into the box and it will be converted to syllabics and displayed in the appropriate font, if it’s available on your system:

As the names suggest, they have both serif and sans-serif variants for writing in Latin script (e.g., English, French, etc.).

Who created these fonts?

These fonts were created by the Language Geek himself, Chris Harvey.

Where are these fonts pre-installed?

As far as I know, no system has Aboriginal Sans or Aboriginal Serif pre-installed, so you have to download them yourself from his website. Sometimes, they are bundled with certain Keyman keyboard layouts.

If you’ve tried getting syllabics to work on your computer, chances are, you’ve downloaded either of these fonts!

Languagegeek.com has many other fonts that display syllabics.

This is a modern font that displays both syllabics and Cherokee. “Gadugi” is a Cherokee word that means “cooperative labour”.

I believe Microsoft commissioned this font.

Gadugi has been included in all versions of Windows since Windows 8. It’s also available as a “Cloud font” on Microsoft Office products.

Euphemia or Euphemia UCAS1 is a sleek font for syllabics. It also includes glyphs for Latin (e.g., English/French) characters.

Tiro Typeworks created Euphemia. Ross Mills from Tiro has also created the Pigiarniq for Inuktitut, but I will not cover that font in this blog post.

Euphemia is distributed on Windows Vista and newer. It is currently distributed as Euphemia UCAS on Apple systems (macOS/iOS).

Unfortunately, for East Cree, this font will NOT work, as it has the incorrect orientation for the ᔓ (sho) and ᔕ (sha) syllabics 😱

So I would recommend omitting it from the font stack for Eastern Cree.

So if you can’t use Euphemia, which font should you use instead?

Noto is Google’s project to eliminate tofu (□) for all languages of the world, hence noto (“no more tofu”).

As far as I’m aware, Google does not have a “Noto Serif Canadian Aboriginal”.

Noto Sans Canadian Aboriginal can be found on Google products, such as Android phones, Android tablets, and Chromebooks.

Importantly, Google allows website authors to embed Noto on your website, just as you can embed other fonts via their Google Fonts service.

Most modern web browsers will automatically download Noto Sans if you included it in your font stack and no appropriate font is found.

How to get the right fonts to appear on your webpage

Now that we know about what fonts are out there, lets construct a font-family declaration that will support syllabics on as many devices as possible.

Recall that the font-family declaration is a list of fonts that the web browser will try in order. The first font in the list that is installed will be used.

Let’s start with the fallbacks first. Let’s say our users’ device does not have a font that supports syllabics installed on their computer. Since Google allows Noto Sans Canadian Aboriginal to be automatically downloaded on your website when needed, let’s start with this font-family declaration:

To get your browser to download the appropriate fonts, add this to your website’s <head>:

Perhaps your reader has installed Aboriginal Sans to their computer. Update your font-family declaration as follows:

This way, the web browser will try using Aboriginal Sans if it’s installed, and then attempt to download Noto Sans.

(omit this step for East Cree!)

If you’re displaying Latin text (e.g., English, French, Cree SRO, etc.), then this font goes first. Recall that many of the syllabics fonts contain glyphs for Latin characters, so we will have to list our preferred Latin font first.

For this example, say I want to use Open Sans (which you can embed from Google Fonts). Prepend Open Sans to the front of the list:

You’re done! You’re ready to display syllabics on the web!

With these declarations, you should be able to display syllabics on your website, and be reasonably confident that everybody can read it.

Here’s a complete example that uses our syllabics font stack in addition to a few fonts from Google Fonts to round things out:

« How to use the new Convertextract application for 'quality control' of ELAN annotations G2P Part 1: Getting from 'a' to 'b' with g2p - why g2p exists and will let you do awesome things »
comments powered by Disqus