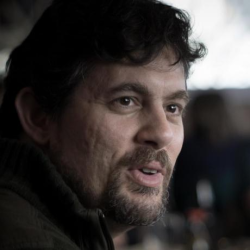 When you write g2p mappings, sometimes you find yourself wanting to prevent feeding between rules, but your situation is too complex to be handled by the normal prevent-feeding option.

This blog post describes a technique that can be used to handle complex rule feeding scenarios.

This post will only make sense if you’re already an advanced user of the g2p system, and you are writing your own mappings.

Note: the word “feeding” comes from the linguistic concept of feeding order, where a rule is said to feed into another rule if it creates the context for the second rule to apply.

Who is involved with this project?

To reproduce the examples below, you will need to install g2p on your own machine by following the instructions at GitHub/g2p and make sure the g2p convert command line works.

What are the motivations behind this technique?

In an advanced g2p mapping scenario, some of our collaborators found themselves writing rules where, as soon as one rule matched a piece of text, no further rules should touch that text. There were many dozens of rules, each one handling some sequence of characters occurring in a specific context, with some catch-all rules at the end that applied if none of the listed contexts applied.

The problem they faced was that using prevent_feeding solved making sure no part of the text was touched more than once, but it also prevented touched text from being used in the context of subsequent rules, as was necessary.

For this blog post, we’ll create a fictitious scenario with a minimum number of rules exhibiting the problem found in the real use case described above.

Imagine we use a g2p mapping to modify some spelling rules, where the same sequence of letters is mapped differently depending on context. In our minimal example, we want to handle “un” as follows:

With these rules, the word “untunatun” should get changed to “ontunetun” because the third “un” is part of “atun”, the second “un” is followed by “a” or “e”, and only the first “un” is handled by our catch-all rule.

The obvious solution, which does not work

We can almost solve this by using prevent_feeding, but not quite.

Let’s write the rules as follows:

and use config file config.yaml, where we are careful to set prevent_feeding: true:

When you run g2p convert --config config.yaml untunatun l1 l2, you will get “ontonetun” as output instead of the intended “ontunetun”.

Why is this happening? We need to talk about how prevent_feeding is implemented to answer that question. The point of the prevent-feeding option is to make sure that the output of a rule is never matched as the input of any other rule. To accomplish that, we actually map the output of each rule temporarily to characters in a Private Use Area in the Unicode standard, and map them back to the real output once all rules have been applied. The private use area characters are intended for internal (hence “private”) use within software, but should never be printed, so they were perfect to solve the prevent-feeding problem: they should never occur in input text or in the input of any rule, and so there would never unintended feeding between rules.

If you want to see exactly what’s going on, run that convert command again with the --debugger option. For each rule that gets applied, you’ll see the rule, as well as the text before and after it is applied. That can help understand what’s going on whe you’re trying to debug a g2p mapping.

A three-step prevent-feeding solution, which does work

The work-around we propose in this blog post is the following:

Instead of defining one mapping with prevent feeding enabled, we’ll define three mappings applied one after the other, and we’ll create our own temporary representation for previously mapped characters:

The result exists as a test case in the g2p repo, but we’ll show it here too, a bit simplified.

For the two lowercasing mappings, notice we referred to file empty.csv. We indeed need to create an empty file called empty.csv. We’re using the fact that when a case insensitive mapping (i.e., a mapping with case_sensitive: false) is applied, its input is lowercased before the rules are applied, so we don’t need to provide any actual rules, which means an empty CSV file will do.

Now, when you run g2p convert --config case-nofeed-config.yaml untunatun l1 l2, you get the expected “ontunetun” output because for the middle “un”, the second rule matches that “E” in its context_after, since the first rule changed “atun” to “ETUN”.

What if my mapping is case sensitive?

OK, so this solution depends on the fact that if your mapping is case insensitive, all input gets dropped to lower case before mapping starts, so distinctions of case in the input are not meaningful. This allows us to use upper case characters as that temporary intermediate representation that could not be matched as the input of other rules.

If your mapping has to be case sensitive, then you cannot use this solution. Instead, you would have to carefully choose your own temporary representation to block feeding via your rule design, while still being able to use that temporary representation in the context of other rules. But make sure you use characters that cannot be valid input in the language you’re working with!

« G2P Part 7: Contributing a new mapping to g2p for everyone to use How to make a Wordle clone for your language »
comments powered by Disqus